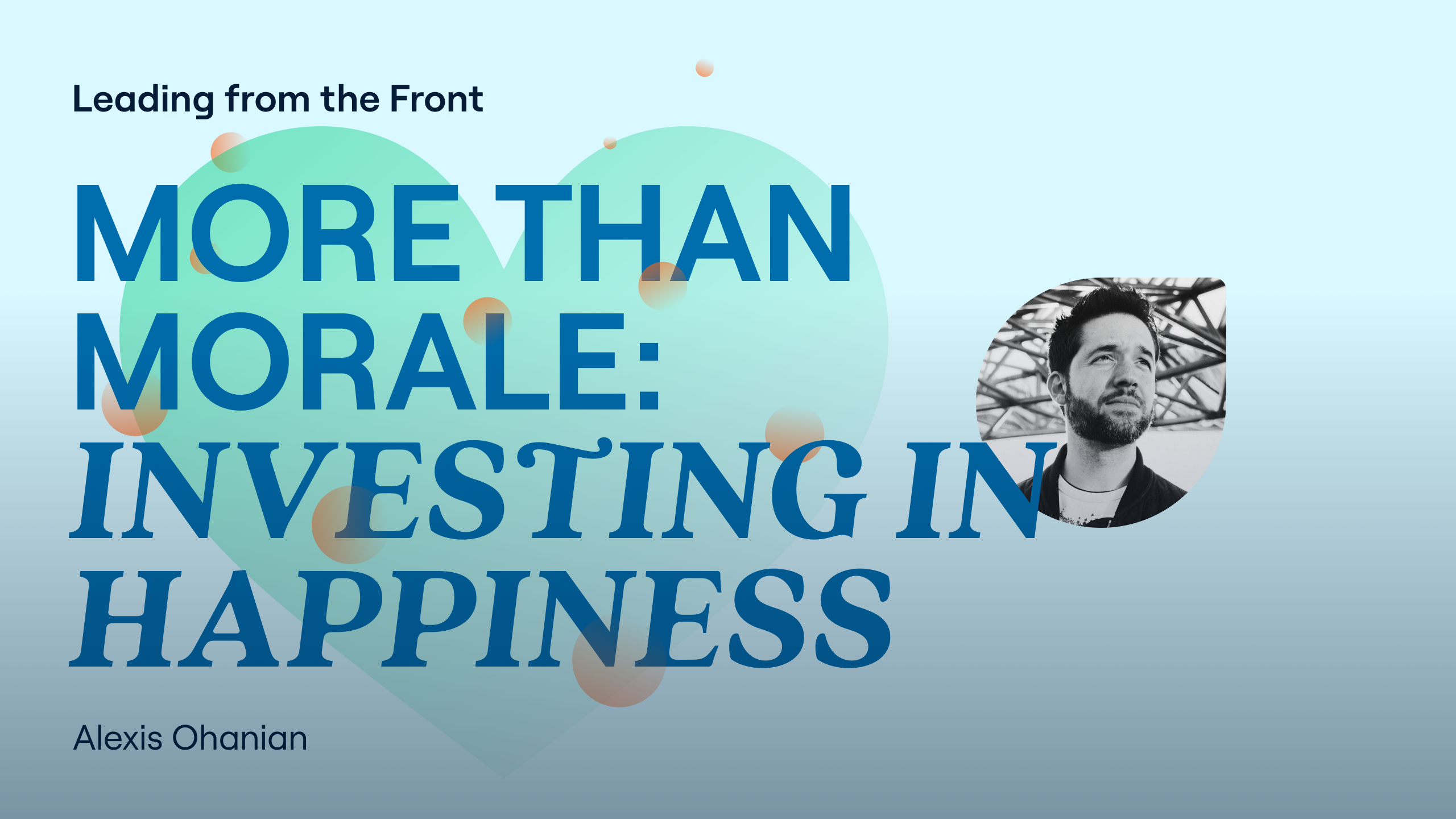 Hi, everyone. I'm Mathilde Collin, I'm the CEO and co-founder of a company called Front. I started this company because I wanted more people to come to work everyday and be happy. And so earlier this year, I started dedicating more time trying to understand what companies can do to provide more meaning and happiness to their employees. And as part of this journey, I've been meeting with interesting people that have some perspective on how companies can bring this purpose, calling, and happiness in their employees' lives.

So today, I'm very excited to be with Alexis Ohanian. He was the co-founder of Reddit. He was a partner at Y Combinator. That's where I met him and then started a VC firm called Initialized that actually was one of the first investors in France.

And the reason I'm excited to have Alexis is because he has spent more and more time recently talking about well-being at work. And one of the things that he's been talking about is the obsession that we have with hustling and how it can prevent entrepreneurs from doing their best work and how it just reinforces the stereotype that in order to win a business, you just have to devote your life to it.

So, Alexis, thanks so much for being here.

My pleasure. Thank you for having me.

One of the things that I've realized is now people, when they think about their job, they're not happy anymore with, you know, just a regular job or just like building a career like what they want is meaning. They want to be happy. They want a calling. So my first question would be like very personal, which is, do you find your job meaningful today?

Yes. I would not be doing it if I didn't. You know, actually, I was on paternity leave welcoming the birth of our first and only child. She's two now. So time flies. But I was there really with a lot of time to think about what was giving me purpose and what was fulfilling me.

And the litmus test that I used was the quality of the dinner table story that I had at the end of the day. Now, my wife has a very interesting job, has a lot of great stories at the dinner table, and I wanted to think about the stories that my daughter would hear as she got older, because that's a really important time for us, because we are so busy.

We really try to make that time sacred. So no phones, et cetera. And I wanted to have stories very competitive that would compete with my wife's. And what I found, certainly, and I'm very proud of the work that the team did. I came back to the to Reddit in 2014 when it was probably at its lowest. And and the turnaround has been very successful. And I'm proud of the work everyone did. But in the process of getting there, Reddit went from like 40 demoralized employees to 400 really active and excited and driven people.

But the size of the org meant the nature of the work that I did most of the time was drastically different. And this was a thing I'd never experienced before. I had never been at the top of a company that big. And I just found most of my days were spent doing some version of executive therapy. And I knew that while there's real value there — there are people who definitely have superpowers around organizational structure and management, especially that size. But when I was being honest with myself, I realized where I really found my joy was working much closer with founders still in the earliest days of the creation process, really going from zero to one.

And and my partner, Gary Tan, who's a co-founder at Initialized and also was partner Y Combinator — you know him well — Gary came to me and said, "Look, you know, it's great. It's amazing that you've created one billion-dollar company. But with Initialized, we have the chance to help create dozens and really be able to scale that expertize and really be able to scale that impact." And I mean, he made a very good point. And so now I get this amazing job where I get to talk to founders.

They might be more boring than I think, but for me at least, are very meaningful, very purposeful. And then we do get to invest in great founders and get to help them as best we can, but really also concede the point that there's only so much we need to do.

But to be able to be privy to that, it's like the best professorial job there is, because there's always a new incoming class of founders and you get to take such pride in seeing these these super early stage founders who just have a dream able to bring it to fruition. And it's deeply satisfying. And so I optimize for the dinner story. And I think it's been it's been totally worth it.

That's fascinating. One of the things that I can't help thinking is that you've been successful with Reddit. And so then you were able to afford thinking, "Okay, now what's next and what will bring more meaning to my professional life?" Do you think everyone should try to prioritize work-life balance, try to find meaning in life? Or do you feel like you have meaning and you have this balance because of your success before?

Yeah. So this this came up a lot, especially in light of my "hustleporn" comments. Because really, the only criticism folks had — and it's not really criticism of hustleporn — but their criticism of me around it was, "Okay, well, it's easy for you to say that now." And I know how lucky I was.

I mean, we sold Reddit very early the first time. Thankfully, I got a second chance. We sold it very early, 16 months worth of work for what was life-changing money for me and that I don't regret. And it did give me the peace of mind to be able to really optimize for the decisions I wanted to make my life. 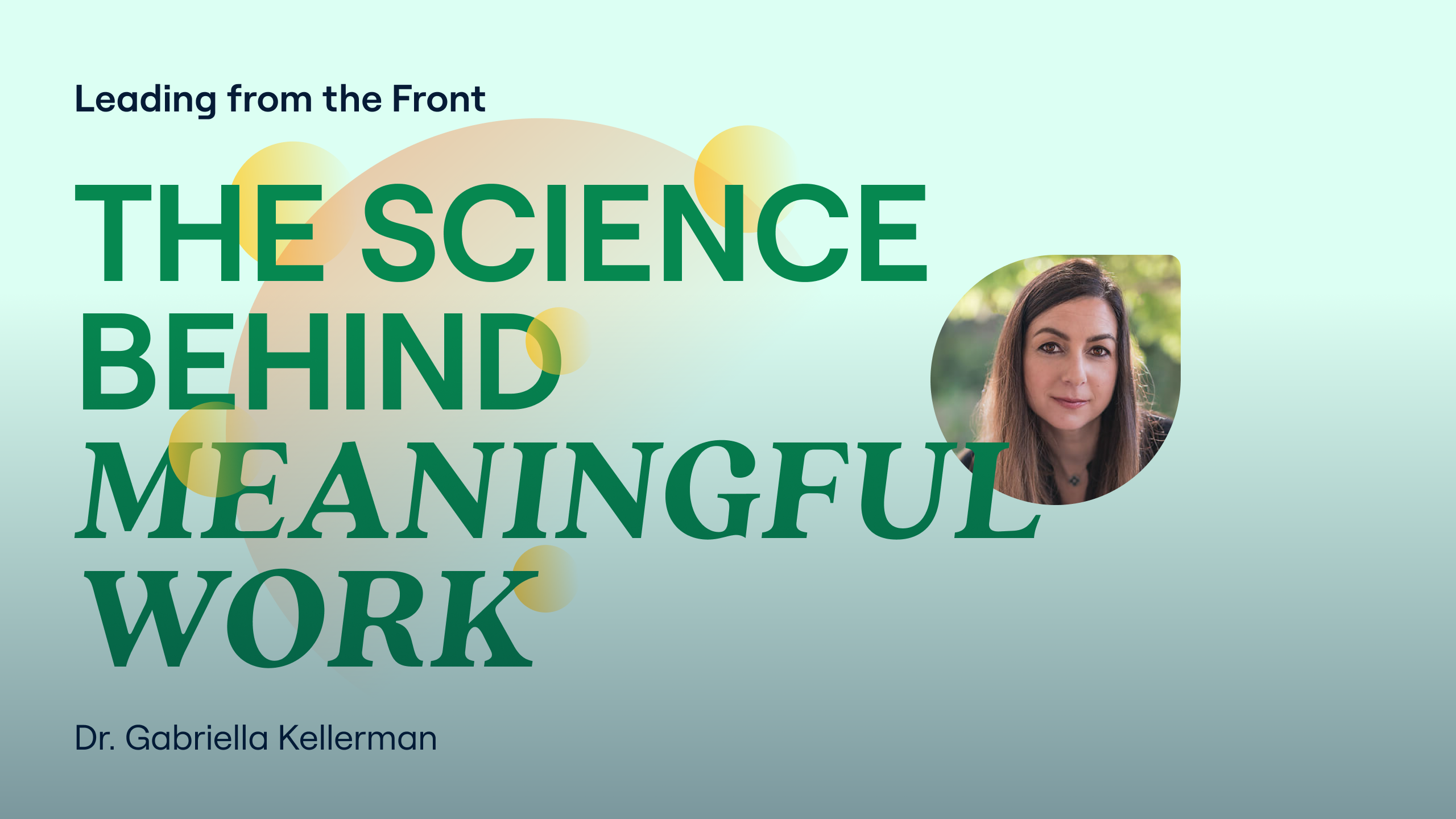 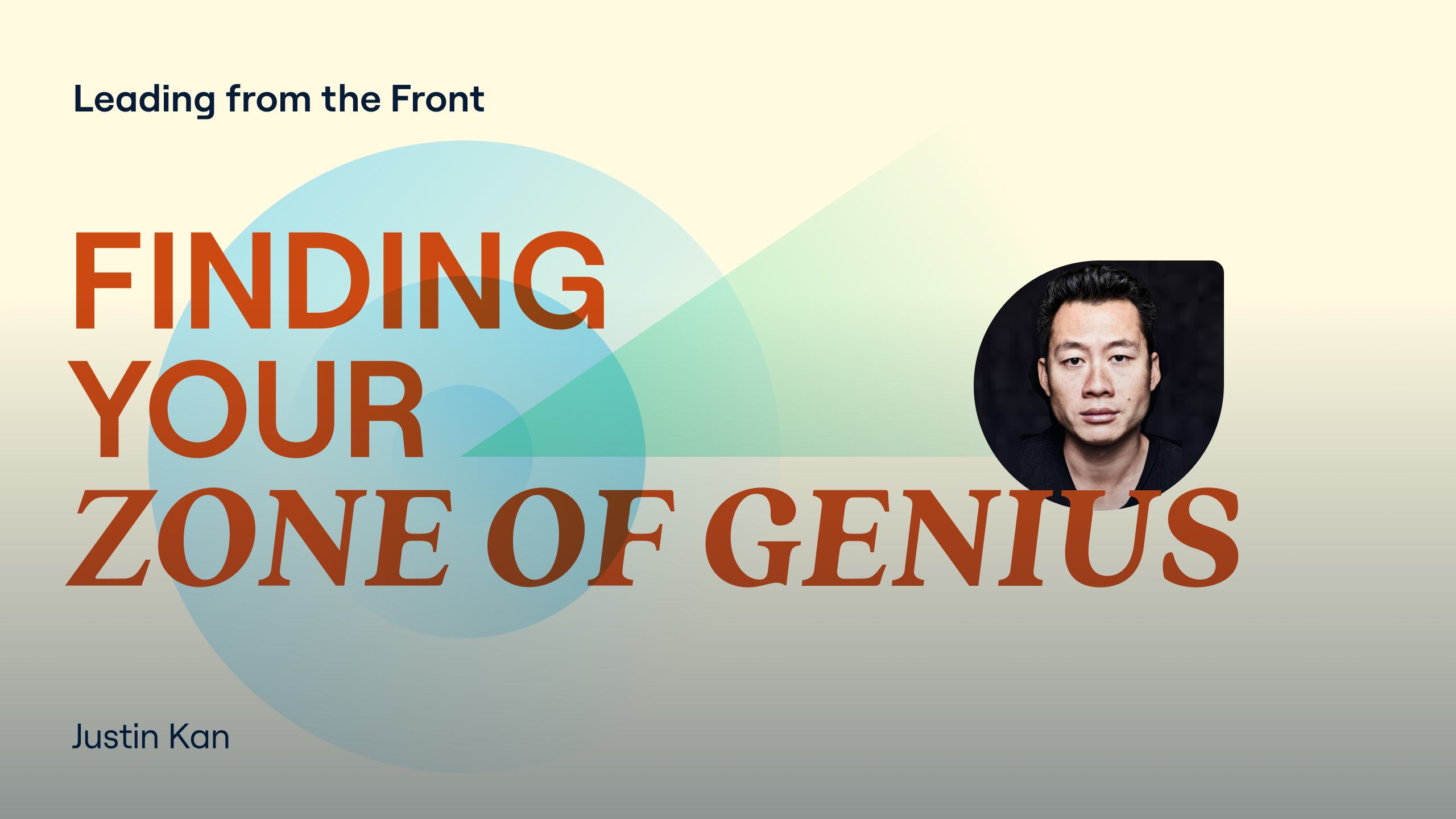 Twitch Founder Justin Kan shares his framework for finding what gives you energy at work.